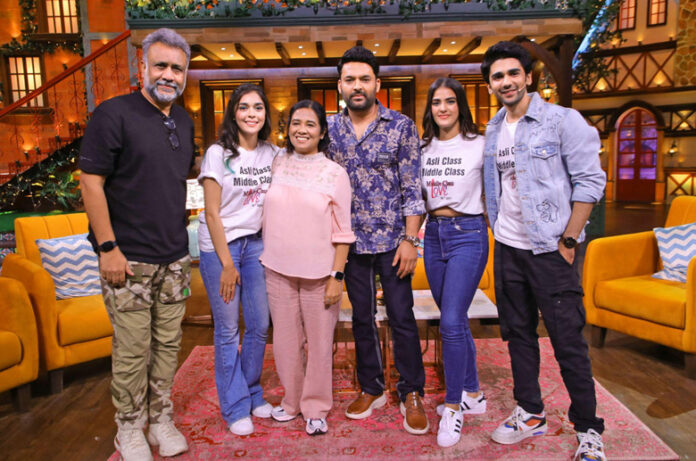 Middle Class Love is in its final week of promotions and the makers wouldn’t stop at anything to ensure the film reaches the masses. In an interesting turn of events, the team’s pack led by the revered filmmaker (and producer of this movie) Anubhav Sinha crashed the set of Kapil Sharma’s show.

The reality chat show is amongst the most watched daily shows in the country and Kapil is referred to be the King of ‘middle class’. The team of Middle Class Love staged an unexpected coup as they reached the show’s set unannounced.

An insider says, “It was a hilarious gag designed to harp on the film’s theme of celebrating being middle class. So we have Anubhav Sinha and the team entering the set and saying – ‘Hum promotions pe nikle they toh socha Kapil ke show par chaltey hai.’ Kapil appears to be surprised by the unannounced guests and tries to get out of it by saying ‘Oh, sofein pe chaadar laga di hai’. That’s when the kids jump up and say oh don’t worry, we will adjust. The gag is an extension of the film’s theme and was created keeping in mind how middle class people behave.” 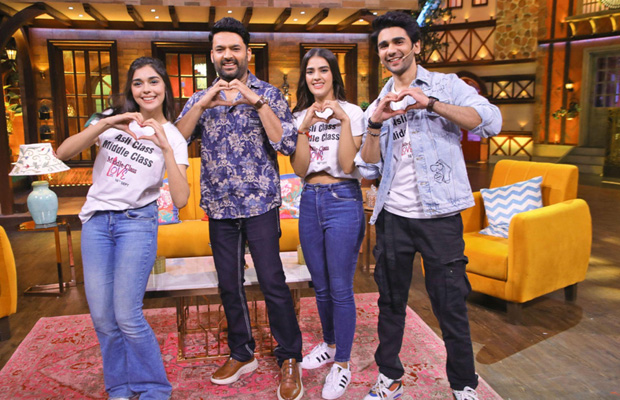 Talking about it, Producer Anubhav Sinha says, “We had a ball of a time shooting with Kapil. We felt he is an epic symbol when it comes to celebrating middle class and hence it was only apt to promote the film on his show. We bantered, laughed, and discussed the movie with him and our films talent. Kapil was so welcoming even though it was unexpected for him and is such a warm host, I have huge gratitude for him to extend this platform to our film.”