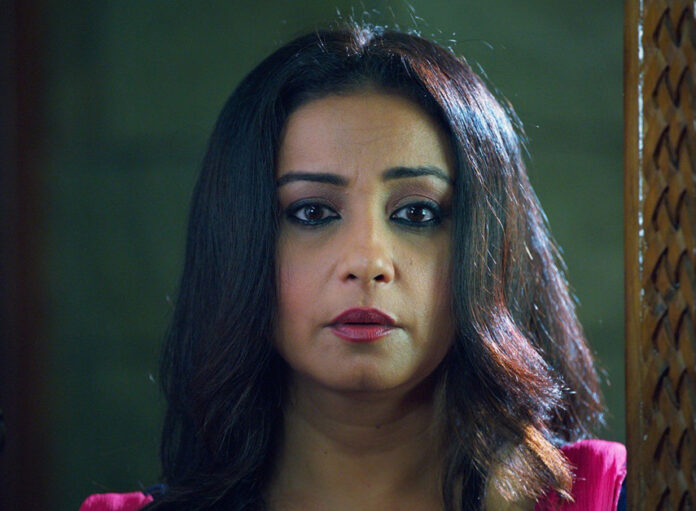 Cinema, anywhere in the world, is all about the art of storytelling. But for effective telling of a story, you need the right medium, which, in case of cinema, is an artiste, who could be a director/filmmaker, an actor or actress, and a multitude of professionals who contribute to the ultimate vehicle – the movie, the magnum opus! But more than anything making movies is a teamwork, wherein a charismatic actor like Divya Dutta, who has the national award in her kitty, would need the able support of a passionate filmmaker like Kuljeet Singh Malhotra, to come up with a wonderful project called “Anth – The End.”

The upcoming venture is being touted as an edge-of-the-seat murder-mystery drama set in Chandigarh and Mumbai. The Hindi feature film stars Divya Dutta along with other veterans like Mukul Dev, Dev Sharma, Samikssha Bhatnagar, Deepraj Rana, Yugant Badri Pande, and Aman Dahliwal. There are guest appearances by Arun Bakshi and Liliput too.

Divya, who has delivered some powerful performances over the past decades, returns as the main protagonist with Anth. Malhotra, who has helmed the movie as a director as well as a producer, under his banner, Holy Basil Films, is all praises for his lead actress. He informs, “The film has award-winning actress Divya Dutta, who has even bagged the National Award, in the lead.  She is the face of the film as the main protagonist. She is a complete power house of talent. Though, she is supported by veteran co-stars, Divya brings her own value-addition to the project through her serious demeanor.”

Malhotra himself hails from a musical background. His father, Sh. Hari Arjun Malhotra, was a well-known and successful music director of his times. But it was filmmaking that enticed Kuljeet and he started with the Punjabi movie industry, impressing his audience with his unique take on contemporary cinema. His last release was the Punjabi language movie “Mitti Da Bawa”, which released in October 2019.

The movie Anth boasts of remarkable music by Vinay Vinayak and Sandeep Saxena. Lyrics are by Rai Kalsi and Bhanu Thakur while the songs, sung by the likes of Master Saleem, Neeraj Shridhar and Priya Mallick, and released under the label Dreamz Music, have already become a rage with the listeners.

Anth The End is presented by Dr. Manbir Singh while Gurvinder Kaur Rojji is its co-producer. Its directors of Photography are Bharane K Dharhan and Harshad Jadhav. Jeet Singh has rendered the choreography while editing is by Samir Shaikh.