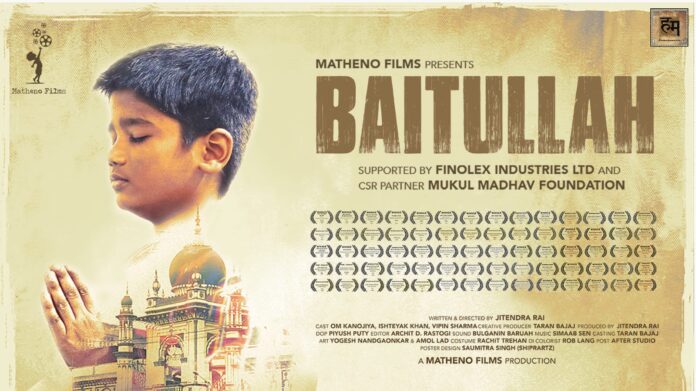 Baitullah is a short film presented by the Mukul Madhav Foundation in collaboration with Finolex Industries’ CSR Arm. Both organizations are huge advocates of women’s and children’s rights and have been working closely with underprivileged sections of society for years. On the occasion of Children’s Day, they released “Baitullah”, a short film dedicated to showcasing the plight of child laborers.

Written and directed by Jitendra Rai, the film follows its protagonist Baitullah as he makes his morning tea delivery. He is greeted by smiling faces – this juxtaposition is macabre and ironic, no one is concerned about the well-being of this little kid and why he is not in school, why is he working in the morning. Nobody shows any curiosity about his employer and his working conditions. Jitendra Rai says, “Child labor is very normalized in our society, we have so many State initiatives to combat child labor, so many NGOs and social workers engaged in saving such children but for a change to take place, common men need to wake up and take a stand. Alone we might be helpless, but together we are unbeatable.”.

He adds, “By telling the story of Baitullah, I’m speaking for millions of kids like him. Om (Kanojiya) played his role (Baitullah) perfectly and through him, we were able to get our message across with great impact.”.

Apart from the acting chops displayed by Om Kanojiya, Ishtiyak Khan, and Vipin Sharma, Baitullah – the film – has its cinematography, score, dialogue, and message working in its favor. The combination of all these elements has made Baitullah an important watch for all upstanding citizens.

Ritu Chabria, the managing trustee of Mukul Madhav Foundation highlights the importance of the film and says, “Baitullah asks a simple yet heartbreaking question. How do we provide each child with basic needs and comforts – the things which we take for granted. Every child is not blessed with a good life, it is a sad truth but that doesn’t mean we should not work towards uplifting children and making their life better. This is the question that started our journey of working with marginalized and vulnerable children, and now we ask you the same question. Hopefully, you too will join us on our mission after searching for the answer.”.

Baitullah’s message and artistry have been praised all over the world and have been showcased at over 85 international film festivals. In addition to that, Baitullah has received a plethora of prestigious nominations and has won 26 awards. It was an official selection in film festivals like the Giffoni Film Festival, Athens International Children’s Film Festival, and San Francisco Short Film Festival. It has sparked a righteous call to action and has given a voice to the untold story of millions of children.