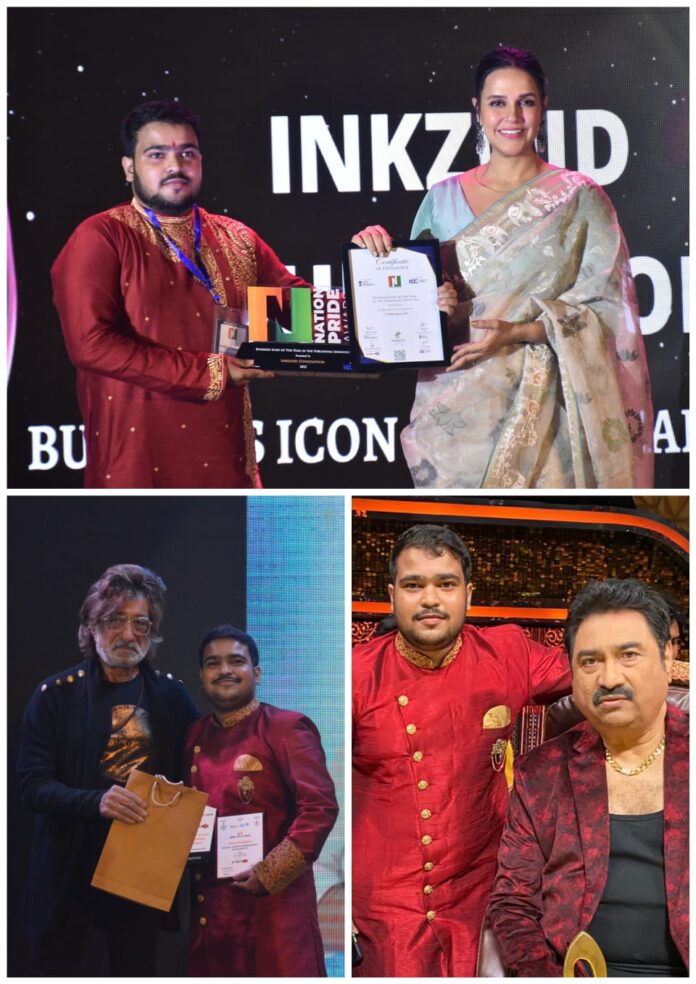 Durlav Sarkar is the only person on whom 33 books has been dedicated within a year which records the maximum number of books dedicated to an Indian Personality as an individual written in 13 different languages from 9 different publications and his biography is available in 13 different languages written by different authors and Durlav thanks each and every author and tells that he is equally grateful to everyone of them without whom this was not possible in addition he also tells because of everyone’s support he reached this stage of life.

He is also a poet, motivational speaker, influencer and works as a social activist as well famous for his 55 lyrical sonnets and each one of it was written within 5 mins.Thirty three books were written on him as a tribute to him for all of his works and he was also awarded ‘Best Start-up 2021’ in support of West Bengal Government for his entrepreneurship being the Best Entrepreneur of 2021 setting an inspiration for the future generations.He also founded one NGO named ‘Love All Serve All’ which aims to serve mankind around the world.

Durlav Sarkar is a celebrity entrepreneur and multiple world record holder who is the current sensation of writing and the founder of the fastest growing start-up,INKZOID FOUNDATION also the author of the book “The Record”.

He is recognised as Karmaveer 2021 for his works in writing field and he also received the Dada Saheb Phalke 2021 for being the youngest bengali to receive it.

He is featured in many magazines, websites and live shows/interviews and he is the inspiration of many for his famous line “Haters are my biggest motivators” and “Hardwork, Dedication and Creativity these 3 words can change your life” because he is Victorious in his life even after facing a lot of difficulties in his life including attempt to murders that’s why he is a role model for many people.

The fastest growing publishing start-up is INKZOID FOUNDATION with ranking one for having more than 110 units within 10 months and it is the only publication with Express Free Publishing (No Hidden Charges) just within 3 hours,they featured the maximum number of people on Google in the last 8 months and also honours deserving talents for full free of cost which is first time ever in the history.

INKZOID FOUNDATION is an UASL(international) & ISO certified independent international publishing chain and community organisation along with mass production house founded by world record holder and celebrity author, Durlav Sarkar and it is a place of creative people such as a hub of open mic event organisers, dancers, musicians, artists, podcast artists and photographers by promoting them that is why it is another name for opportunity. They also felicitate people’s true talents through world records and awards.