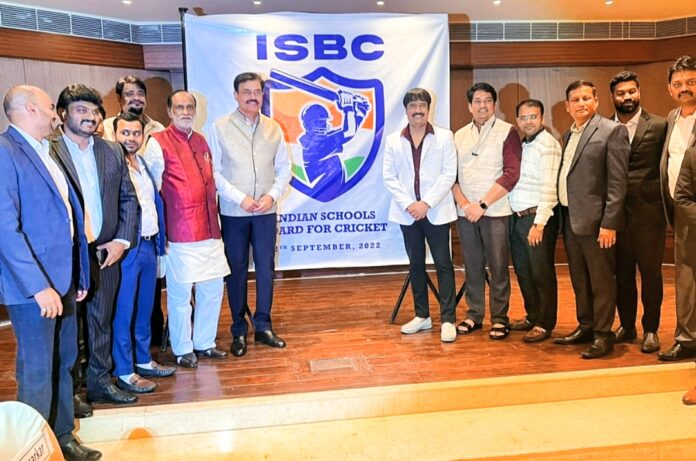 Hyderabad (Telangana) [India]: A new National Cricket Board ‘Indian Schools Board for Cricket’ (ISBC) has been launched. ISBC is a non-profit organization that will search, nurture and groom for young cricketing talent across India, especially in rural areas (and less privileged) to give a new future and opportunity to the hidden and promising rural cricket talent. For the announcement of which a press conference was organized at Hotel Taj Krishna in Hyderabad on Monday 12 September 2022. It was announced and informed by the board of Indian cricket legend, Former Captain, Chief Selector and Chief Advisor of this board, Padmashree Dilip Vengsarkar. On this occasion Founder and CEO of the Board Sunil Babu Kolanpaka, Chairman Ankesh Rathore, Secretary Padam Raj Parakh and all the officers and members of the Board were present and congratulated the program and made the program successful.

Speaking on the occasion, Sunil Babu Kolanapaka, Founder and CEO of the Board said, “ISBC has entered into grooming school cricketers. TSPL was a huge success with 5120 school cricketers, 31 districts of Telangana state participating in the tournament and 550 matches in which the villagers saw some extraordinary cricketing talent and the ‘Indian Schools Board Cricket’ has started today to develop this talent.”

Cricketer Dilip Vengsarkar thanked the people of the board for this occasion and said, “It is a good initiative. This will give a good opportunity and platform to the children of our young generation. Good and talented people will get the right direction, especially those from rural areas. Students with hidden talents will get a golden opportunity.”

Secretary Padam Raj Parakh said, “We are delighted to have a school group consisting of 19 countries, under which we plan to organize a “School World Cup” by the end of 2023.