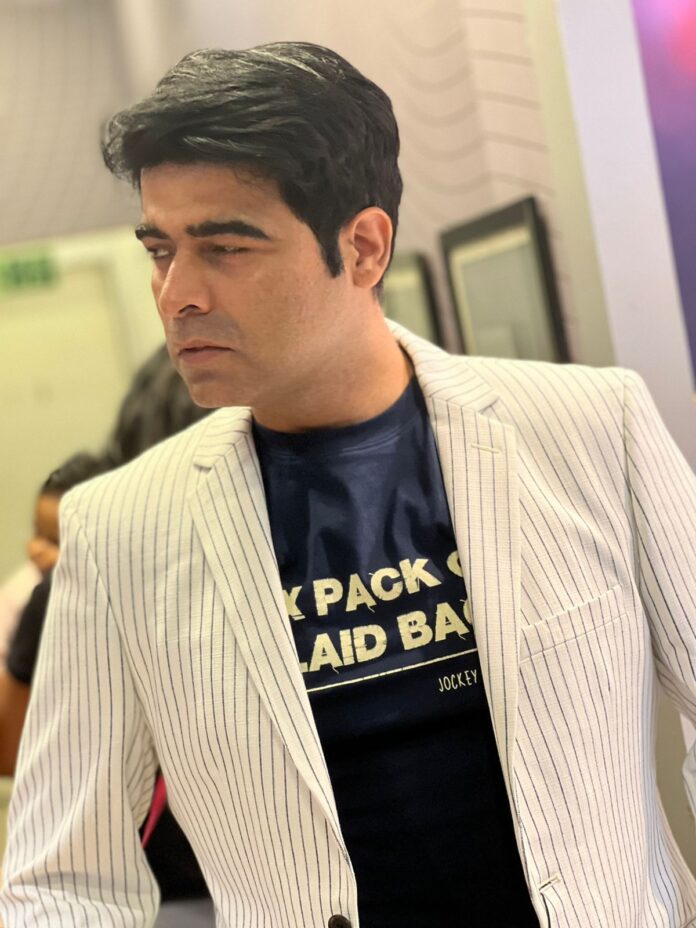 Ankur Malhotra, Delhi boy from DPS RK Puram and an Electronics Engineer from Bhopal is an actor and has been working hard to establish his credentials. He gave up a bankable job with a multinational company to follow his dreams and passions.  The path has been challenging, yet it has never impaired his focus to become a successful actor.

He has experience of almost 9 years in Television, Films, Ads and OTTs like hotstar and Amazon, and has worked with various production houses like Balaji, Bodhi Tree, Beyond Dreams and so on. He has  many short award-winning films and music OSTs The Pink File, Manzilein, Trunk Call, Na Umeed, Grandpa Turns Model, Jind Mereya, Izhaare Ishq and Kaashni Marhaba. He is being recognized by renowned production houses and OTTs and nothing will stop him.

Ankur’s focus has been on strong and impactful character roles and has a special flair for negative and comedy genres. Working with multinational companies has taught him the power of observation and patience in challenging times. He can be described as a person with versatile skill set, lot of integrity and the willingness to walk an extra mile to justify the character.

He has enjoyed every role that he delivered but his favorite one was that of Rizvi in the film The Pink File streaming on Amazon (UK/US). Some insignificant roles did disappoint him but his dreams are stronger!

He wants to contribute as much as he can to the industry and sees himself as a more successful and established actor in the next five years basis the accolades he has been receiving.  He wants to be at a place where he can make a difference.  He feels he is here to exceed all expectations with performances that touch and inspire others!  And yes, Success comes to those who Dare!