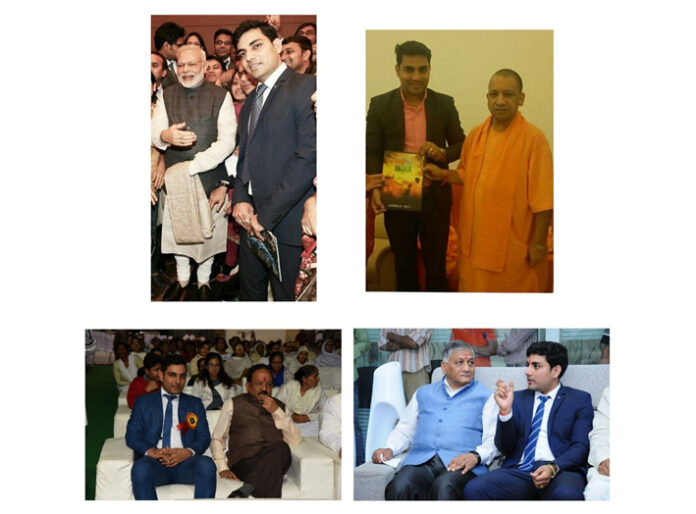 Earth needs saving and every volunteer who can put in his efforts into saving it is no less than a superhero. One such hero is Sandeep Chaudhary, a small-town boy with a large vision for life. Born into a farmer family, Sandeep is closely connected to the planet’s survival and this passion led him to launch his second start-up “Inflector India.” He has recently co-founded this company to work towards a pollution-free environment in India. And his journey from his village in Jhunjhunu, Rajasthan, to the heart of planet conservation is highly inspirational.

After trying his hand in the field of Information Technology, he dabbled in a number of careers before zeroing in on establishing a fin-tech start-up “BankSathi Technologies”, which ended up being worth $50 million Company. However, Sandeep’s passion kept pushing him towards his next step, which was his life’s biggest mission – to save planet Earth. He went through various trials and tribulations when he came to Jaipur from Jhunjhunu. But his heart found its destination when he launched his second start-up, Inflector India.

Scientists have already predicted doomsday for Earth in the next few decades, owing to extreme global warming. In focus is ‘Inflector’, which is a sort of first-ever radiant heat barrier, developed and designed under the aegis of NASA, for the astronauts’ space suits. Researchers are of the opinion that this ‘inflector’ could be the key to save earth from extreme heating.

Sandeep’s ‘Inflector India’ is a step in the same direction, for which he has been honoured and awarded at national and international levels. He was felicitated with India’s renowned ‘Shakhsiyat Awards 2022” by the Odisha government and on June 5th, he received the Global Business Achiever Award on World Environment Day.

Apart from being busy 24×7 with his mission to save the environment, Sandeep has attained international recognition after being the only Indian to be invited to meet the Japanese delegation under the tutelage of Prime Minister Shri Narendra Modi. Being associated with the world of Bollywood too, Sandeep has produced a patriotic drama feature film “Yeh Hai India”, which was showcased at the 70th Cannes Film Festival at the behest of the Confederation of Indian Industries. The movie was applauded at the festival.

Sandeep Chaudhary has remained associated with the public cause since an early age because being a farmer’s son, he feels attached to Mother Earth. He believes that with an effort like Inflector India, it is the right time to start thinking about a better future for the coming generations.