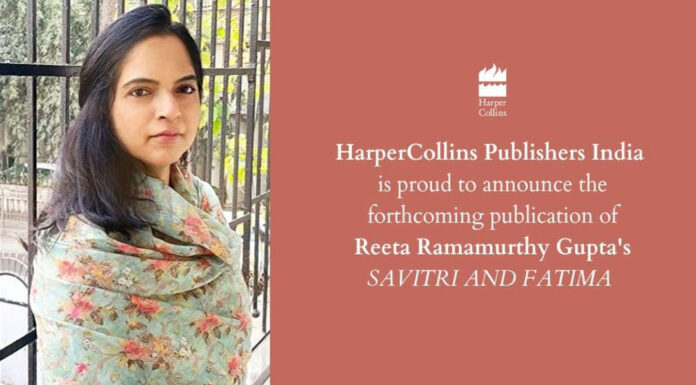 On the 132nd death anniversary of Mahatma Jyotirao Phule, Harper Collins and Reeta Ramamurthy Gupta announced a new book about friends ‘Savitri and Fatima,’ who worked tirelessly for the education of women and lower castes in the 19th century.

In a press release announcing the acquisition, Harper Collins said, “the book opens in 19th century Maharashtra and spans over four decades. We start in 1813, when the Charter Act allowed Christian missionaries into the country. We trace the end of the Peshwai and how the Marathas adapted to British rule. From here, we take the reader to the birth and upbringing of Savitri Phule and Fatima Shaikh, born just six days apart in January 1831. We delve into their childhood influences and the compunctions that shaped them. Savitri eventually got married to Jyotirao Phule, a man who appreciated her thirst for learning. He taught her the basics of Marathi and was delighted to see that Savitri had no intentions of stopping there. He encouraged her to complete her education.”

The announcement also revealed that Savitri and Fatima met while ‘pursuing their teacher training course, where they became conversant in English.

The author compared the duo’s work to modern icon Malala. We all know the story of how young Malala was shot by the Taliban. Back in the mid-19th century, Savitri and Fatima were pelted with stones as they went door to door, asking parents to send their girls and those of lower castes to school. Along with Jyotirao Phule, they started the first school (non-British, non-missionary) for girls in 1848. They suffered physical and emotional violence every day, but persevered. The book promises to be a thrilling story.

“Even today, Savitribai Phule’s name is counted among the top teachers across the world. Yet, her friendship with Fatima – her able deputy – and their work together remains unsung and unknown. They had a dream, ‘education for all,’ irrespective of caste, creed or religion. The spark lit by Savitri and Fatima had far-reaching consequences. As more and more Indians got educated, their minds opened up to the ideas of freedom, justice and liberty,” added Gupta.