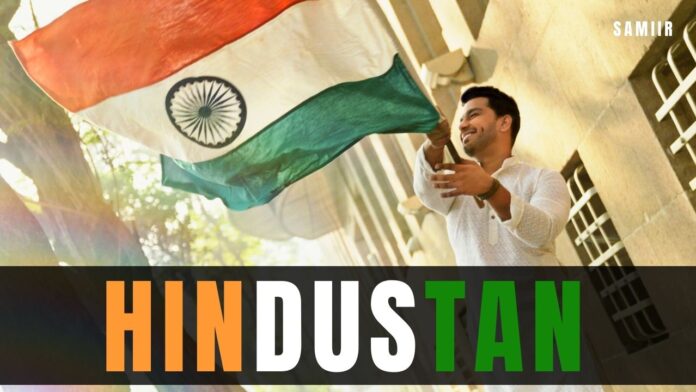 Just days after his smash hit ‘Tum’, Samiir, who is undoubtedly the fastest growing artist in India & globally, hits it again with his patriotic song ‘Hindustan’ on Republic Day 2023. The song is widely played on Radio channels & shared on social media. It is gaining popularity through stories & reels on Instagram & YouTube. It is composed, sung & penned by Samiir himself. Known for his versatility, high vocal range & writing skills, Samiir proves it again with ‘Hindustan’ that in the era of remixes, remakes & heavily marketed songs, it is good original music that is loved”. Samiir says “I want honourable PM Narendra Modi to listen to it. I wish to perform ‘Hindustan’ at Republic Day parade or some major national event”.

The music video features Samiir & leaves the audience full of pride & energy. The lyrics are magical & Samiir’s singing does justice to it. It extraordinarily portrays the smallest details of India’s unity in diversity. Social media users are sharing the song calling it a masterpiece. Popular pages like The Engineer bro, Music Central shared its reels using ‘Hindustan’ as audio. The music video released in 2021 but is now getting attention. It was shot & edited by Shrey Doshi.

Samiir who is known for his soulful, minimalistic songs shot to fame in 2022 after his songs Na raha mera, Tum, Gori, O Maharani, Kisne kaha, Kaynaat, Ala Rasi, Desert Rose & more, churned over a million plays. Samiir plans to release more music videos in the future.