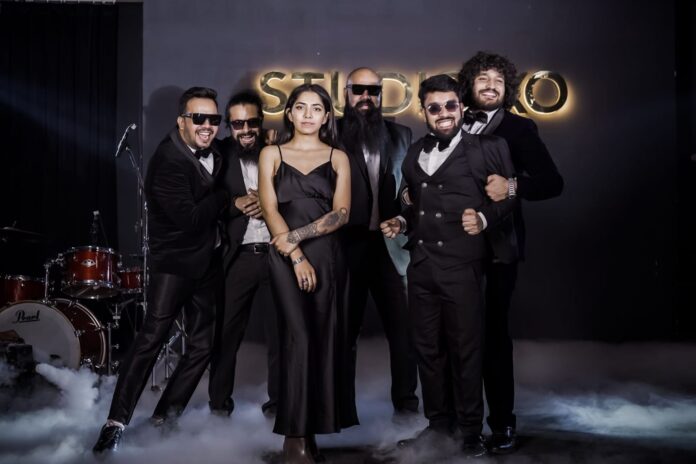 Zikrr was formed in 2012 and in the Years following, it has grown and evolved into the powerhouse it is today. A well run unit, functions well only when all of its components work in unison and perform their respective roles as required. Zikrr in its journey has had its share of lineup overhauls but the current team has become the Identity of Zikrr in its present form. The Six member ensemble along with the crew that enables a smooth functioning of an event has come together from different walks of life to combine into a force to be reckoned with. The musical know-how and inspirations of each of its band members make Zikrr what it is today, A family.

The Team Consists of…

A lawyer who found his true calling not in the courtroom but on stage. It was his vision, which resulted in Zikrr coming to being. An exemplary mind that looks towards music with a holistic outlook. He finds his inspiration in being the groove master for the band from great musicians like Flea, Mohini De, etc.

When not on stage, he spends time thinking of ways to take the band forward.

Vidhi Tyagi is the female lead of Zikrr. She has been singing from a very young age and has mastered the art in various genres. A naturally gifted voice, she makes everyone swoon with her magical singing. A Delhi University Alumnus, She has made a name for herself ever since she stepped on stage. One of the leading vocalists in the city, She along with Zikrr have become a mainstay in the Delhi Music Scene.

The male lead of the band, Saurabh was the find of chance social media discovery. This Pocket-Dynamite is full of energy and exuberance. Saurabh has learnt his art through years of Hard Work and perseverance. From Gurbani’s at Local Gurudwaras to Enthralling people all across the country with his energetic Voice, Saurabh has come a long way in his short yet Fulfilling Journey with Zikrr.

The youngest member of the band sure acts like one with the occasional joke thrown in between a conversation.

Saurabh swears by the influence of Mysticism and Sufism in his life as he finds inspirations from some of the legends of these Genre.

Legend has it, Helsinki’s look in the Money Heist was inspired by our lead guitarist’s stage persona. The Mild Mannered man is a total rockstar when on stage. He found music while he prepared to be part of the corporate grind and left it behind to be a rockstar at Zikrr. The time he isn’t on stage or Playing the Guitar, he’s producing or creating Viral Social media content.

The second Mohit of the team, is the Rhythm and Groove Enabler Drummer of the band. An Electronics Engineer by Degree, Mohit has always been a Musician at heart and left his home town of Rohtak to come be a musician. The multi-talented Drummer can also sing, write and compose. A proponent of Hard work, He’s a true example of dedication leading to Success and Growth.

A prodigy in his own right, Lavanya Picked up music at a very early age and made it his own identity. A Multi-Instrumentalist, He fills colors in a song with Black and white keys. His music and compositions are one of the most important Driving Forces of the Band.

No band is complete without its team which works behind the stage and Zikrr has the best backstage crew to boast of.

The oldest member of the band along with Mohit, Zeeshan’s been with Zikrr since the first day. He started as a Photographer but took up more roles as the band grew. The Visual artist/Musical Encyclopedia of the band has a varied taste when it comes to music and takes pride in his primary responsibility of making the band stand out through visual content.

A saying goes that a band is only good as its sound engineer and in Kunal we have one of the best Sound Designers among us. An Electronics and Communications Engineer by degree, He makes the band sound the way it does. A musical talent in himself, He writes, Composes and plays music whenever he’s not on Sound Engineering Duties.

The muscle of the band, He is in charge of safe guarding the team from any potential threats. The Gentle Giant affectionately called Bhai does his job and also acts like an fitness advisor to the band.