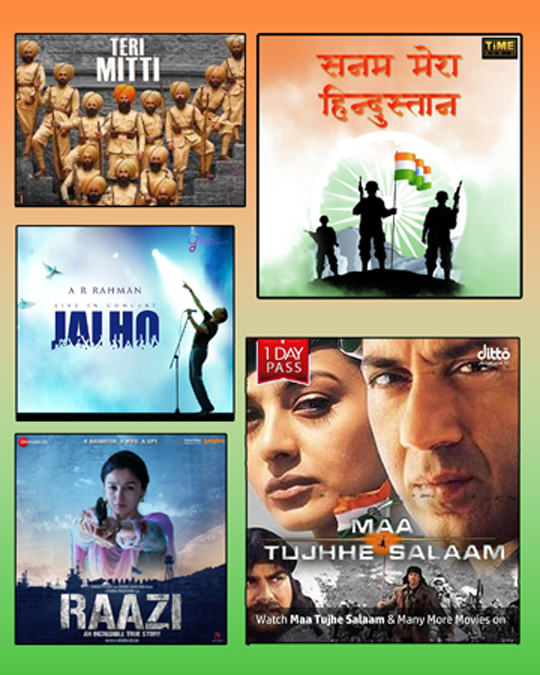 As we all know that we will celebrate our 74th republic day on 26th January 2023, Thursday. The day marks the adoption of the Indian Constitution, which was implemented on January 26th, 1950, making India a republic.

The day is also a time to honour and remember the sacrifices of India’s freedom fighters and leaders, who fought for the country’s independence from British colonial rule. It is a day to celebrate the unity and diversity of India and to reaffirm the commitment to building a strong and prosperous nation.

In conclusion, the day is celebrated with grand parades, cultural programs, patriotic songs, and speeches. It is also a day to honour the sacrifices of India’s freedom fighters and leaders, and to reaffirm the commitment to building a strong and prosperous nation.

And to celebrate this day we have a special playlist for you.  Here are the top patriotic songs of all time –

This song comes from the movie Kesari and is sung by B Praak. It highlights the feelings of patriotism and sacrifice for the country. This song is enough to make anyone teary-eyed and enlighten the nationalist in them.

This song is an oldie but goodie, you must have heard it at least once in your lifetime. This song represents deep-rooted love for country, The song is composed by A.R. Rahman and that is enough to describe the beauty of this song.

Time Audio presents to you the latest Hindi Patriotic song “Sanam Mera Hindustan” Sung by Udit Narayan, Sonu Nigam, and Mitali. This song will make you feel more proud of our country. With the vocals of Sonu Nigam and Udit Narayan, this song will hit your patriotic feelings on another level.

Another beautiful and adrenaline rush feeling song by A.R. Rahman. This song is from the Oscar-awarded movie “Slumdog Millionaire”, it is also from the hit list of top patriotic songs and is one of the most captivating and enthusiastic songs.

This song is from the movie Raazi sung in both female and male versions by Sunidhi Chauhan and Arijit Singh. The lyrics of this song are written by Gulzar. The soothing vocal by Arijit Singh will always make you cry, this song is a perfect fit for describing the feelings of soldiers towards their country.