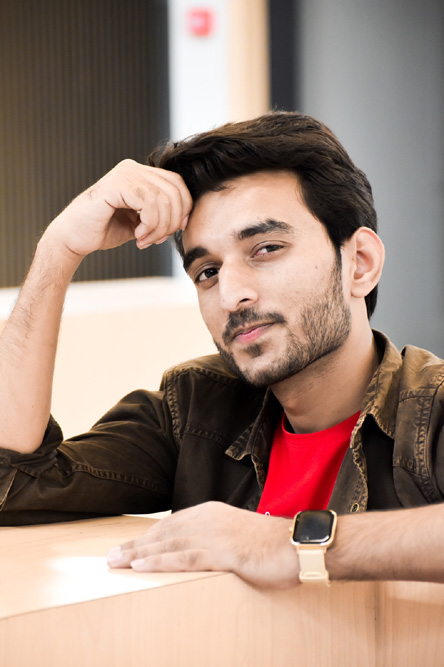 Mohsin Nawaz is a Model, Actor, YouTuber, and Social media Influencer. Mohsin Nawaz is well-known for his charm, good looks, stylishness, sweet smile and wonderful personality. Acting is really important to him, and he is a fantastic new talent. He can also perform excellent dance and singing. He must be one of the fine individuals with all-around performance. He was born on August 30, 1999, in Siwan, Bihar. He obtained a diploma in acting from AAFT University Noida and Done Acting Studio and Theatre from Barry John Acting Studio Delhi. He is fluent in both Hindi and English. He began his acting career as the lead in two short films, Fever and Yun Akele, both of which were selected for the International Film Festival in Delhi. We can still expect more short films with his acting in the most inventive and distinctive genres. He was recently chosen for a TV series on Colors Tv, the most popular television channel.

HomeTown – Siwan (Bihar) currently he is living in New Delhi.

He values hard effort and perseverance. He can cope with a wide range of emotions and can carry the film more convincingly. He is more enthusiastic about acting and eager to demonstrate his talent to society. If given the chance, he will shine a light on the acting industry. Aside from acting, he enjoys Making Videos on Short video Platforms and He has his Own YouTube Channel Name – Mohsin Nawaz Vlog.