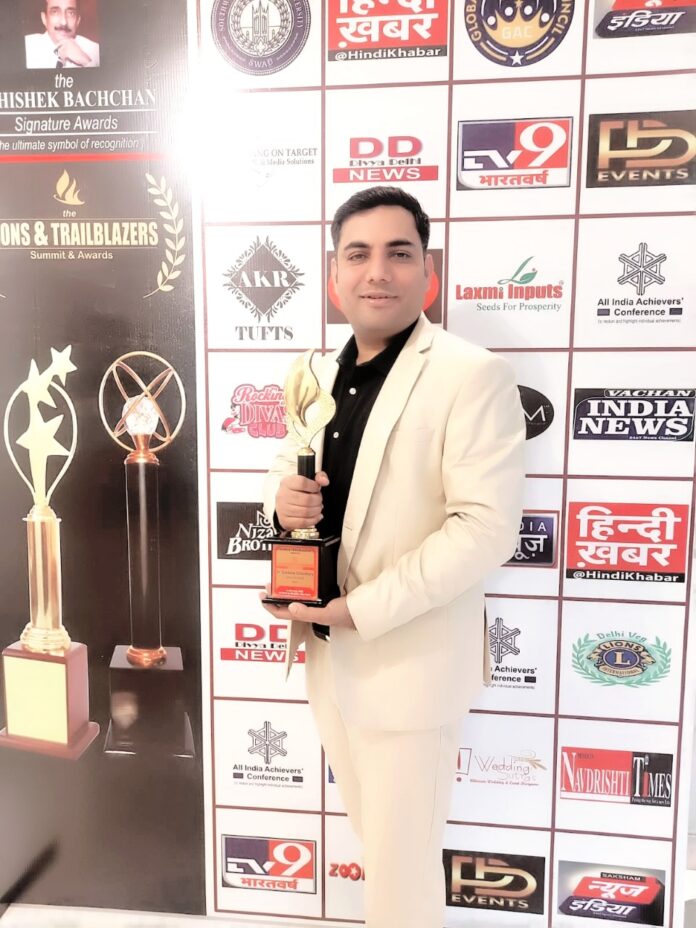 Jaipur (Rajasthan) [India]:  Save Earth Activist Sandeep Choudhary, who has committed his life to finding solutions to the challenge of global warming and protecting Mother Nature, has been facilitated by Icons & Trailblazers Award for his tremendous work to save the earth from Global warming on 9th July 2022 at Hotel Le Meridian New Delhi.

Sandeep Choudhary also paid a courtesy visit to Rajasthan Governor Kalraj Mishra. During the meeting, Sandeep Choudhary informed the Governor about Inflector India, and highlighted that the carbon generated in India is 45000 million tonnes every year so how it can be reduced and the earth can be saved from global warming, On this the Governor praised and encouraged him.

The inflector is a solar heat barrier designed by NASA, which was first used in 1960 in the spacesuits of astronauts during the Apollo missing. The infectors’ commercial use started in the 1990s. Inflectors are in use in more than 60 countries today.

“Research has shown that 75% of the solar heat comes through the window. The inflector is installed at the window and it reduces the heat coming through it by 70-80% and thus it reduces the carbon footprints,  During winter the inflector can be reversed and it help in keeping the indoors warm by absorbing sunlight. Again, energy use can be curbed, which means lower carbon emissions,” Sandeep Choudhary shared.

Inflectors made by Inflector India can be used for as long as 25 years. Sandeep Choudhary said that to encourage the wider adoption of inflectors in the country, they are making them available at a significantly lower cost than in other countries.

“Global warming is a real threat to the planet and us, and all of us need to contribute in every small and big way to find a solution to the challenge,” added Sandeep Choudhary.

Marpu Foundation: Leading the Way in Sustainable Development and Volunteering in India

Rahul Borole, a young and dynamic social worker and politician, gained widespread recognition for his philanthropic work around Aurangabad