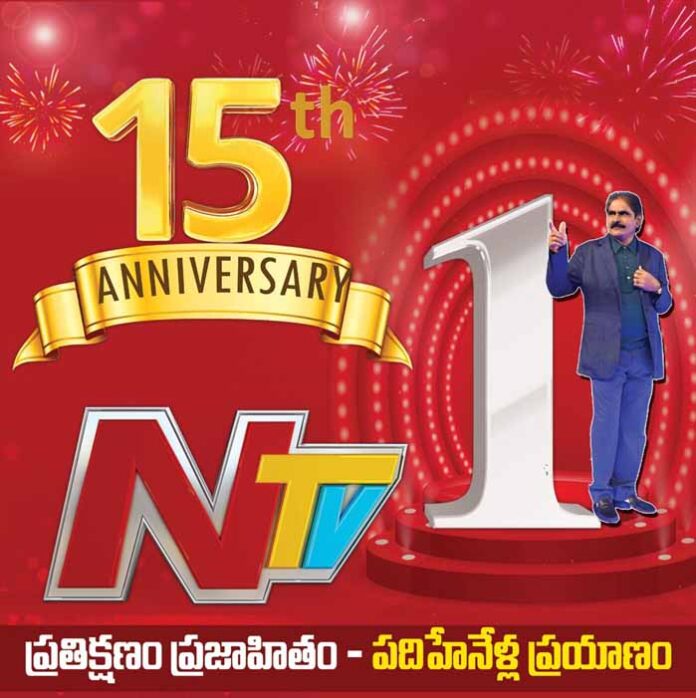 Journalism has become more about play-acting and less about working with ethics and authenticity. Shri. Thummala Narendra Chowdary garu, decided to branch into media industry with a vision and goal to reinstate the quality and standards back in Telugu News Channels. He dreamed to bring International Level reporting style to Telugu Satellite Broadcasting 15 years ago. With such strong vision, he launched Rachana Television Private Limited and NTV, a 24/7 News Channel has come live on TV Sets, on 30th August, 2007.

NTV, in 15 years of journey, achieved the No.1 position among all News Channels in Telugu Media as it stayed true to ethics and facts based journalism than giving into biases. It hasn’t been easy. To achieve this status where people are accustomed to watching NTV, for its presentation and fact-bearing reporting 24/7, reporters had to train themselves in live reporting as rest of the competition and established channels, sticked to regular methods. NTV brought innovative methods and novel ideas into reporting live. Giving more importance to integrity, honesty and mainly, public welfare.

If we stop considering Public Welfare, slowly we will forget our initial goals. Rather than falling prey to fancy number TRP game, NTV sticked to investing in presenting interesting stories using OB Vans at all major stations in United Andhra Pradesh, two Telugu states after separation and exapanded to other important cities all-around India. With the aim to report fast and first and accurate, NTV never compromised on quality, standards that it has set for itself. Public Welfare, Awareness and Integrity have been the key tools for the success and long journey. As NTV tasted good success, Rachana Television decided to innovate further and started Ladies Special, Vanitha TV and devotional channel, Bhakti TV. Both of them have become unique Channels in Telugu Broadcasting World attracting targeted viewers.

In these 15 years, NTV has always sticked to one policy, that is, to never let down those who trust in us, be it our viewers or our employees. Even though entire world had to face hardships during the Covid-19 lockdown and pandemic times, NTV paid full salaries to the employees and never backed out from spending on the reporting quality too. We thank all our viewers for giving this kind of success to our continued efforts and we would like to promise to keep serving with Service, Welfare and Integrity as our main pillars, even going forward.