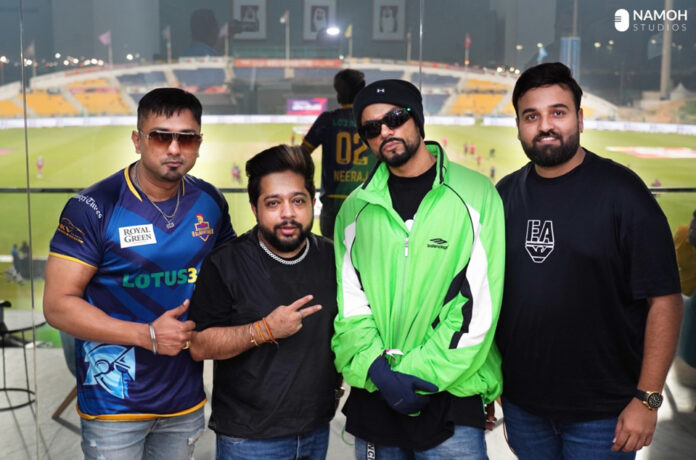 YoYo Honey Singh’s latest song ‘Gatividhi’ featuring Mouni Roy is playing at every party now. The song was released on 24th December, this Christmas weekend and has been the talk of the town since. Trending at #3 in global charts, everyone is chanting ‘Gatividhi’. Produced by Namoh Studios, this is their second collaboration with YoYo Honey Singh after their success of Jaam.

“All thanks goes to the people and audience who have given our song, Gatividhi so much love. While shooting with Mouni, I knew that this would turn out to be a catchy video and song. Namoh Studios, Mihir Gulati, Mouni and the whole team have played their part so well and even I have fully expressed my vibe in the song,” says Yo! Yo! Honey Singh.

Namoh Studios is a music production launched in 2022 and their first single Jaam was also with YoYo Honey Singh. The founder Gaurav Grover says, “Gatividhi is trending everywhere and I am on top of the world. When we were discussing the idea of our second song, we knew it had to be with YoYo Honey Singh. He has such a cool presence and faith in his audience that makes us want to work with him again and again. Mouni Roy on the other hand is an absolute stunner and she looks fabulous in the video. I could not ask for a better collaboration.”

Our vision at Namoh Studios is to bring world famous singers like YoYo Honey Singh and collaborate with them to produce some amazing music. We wish to make Namoh Studios a household name that is known in the whole world. The love and success our both songs have received is thrilling. I cannot wait to collaborate with more brilliant singers and produce more catchy music,” says Udit Vats, CEO Namoh Studios.

Launched on Christmas eve, Gatividhi has received over 23 Million views on YouTube. The video was directed by Mihir Gulati and production was managed by Pinaka entertainment.