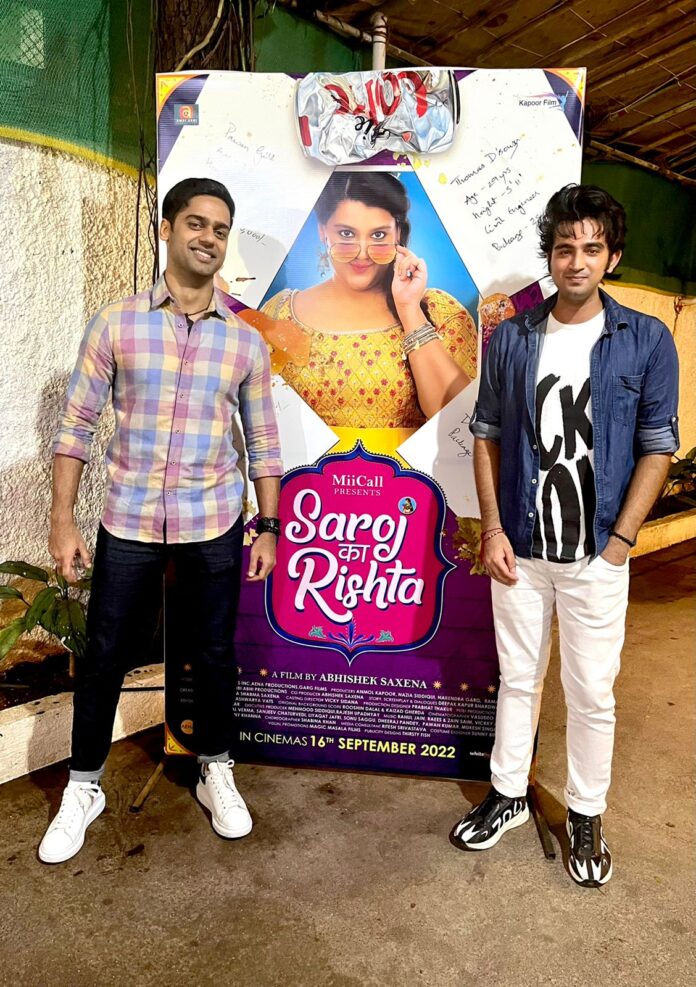 Jay Mishra who has showcased his talent by giving his voice in song Beiman Si Lage in Abhishek Saxena Upcoming film Saroj ka Rishta, the song is set to release on 25th Aug 2022, on speaking with the Media he says he is super excited.

Music is something that brings people closer to themselves, and that’s why we as humans thrive to listen to more songs and empty out our emotions through music. Over the years, we have heard many new voices getting the stage they deserve and the recognition they deserve through their songs in Bollywood films. With singers who are on the top of the list coming from nowhere, it is not wrong to say that we as fans admire new voices. He is one such upcoming singer who is embraced with talent and a soulful voice.

Jay Mishra who originally is from Lucknow now settled down in Mumbai the city of dreams will be melting some hearts on 25th Aug 2022, when the song will be out. His voice in upcoming Bollywood films include Abhishek Saxena’s directorial Saroj Ka Rishta which stars Sanah Kapoor and Kumud Mishra in lead roles and Arshad Warsi and Meher Vij’s Banda Singh.

Jay Mishra’s entry through the doors of Bollywood is not overnight. One can purely see his dedication towards music and singing from the covers he constantly keeps posting on his Instagram account. Before starting his singing journey in the Music Industry in 2017, he performed at various college fests and contests to keep himself in the league of competitions. Mishra previously made buzz for winning RcLit’s Secret Superstar, which was a singing contest, and for performing with legends like Abhijeet Bhattacharya. With two upcoming songs in much-anticipated movies of 2022, Jay Mishra has strongly seen a growth through his constant hard work in the industry for the past 5 years.

Jay Mishra has also shared several musical jams with renowned singer Rahul Jain, as he is the composer of the two upcoming songs to which Jay has given his voice. Apart from this, he constantly conducts musical jams with Kunal Verma, who has written the lyrics of his upcoming songs. Jay Mishra has also worked with Anand Raj Anand as an Assistant and shared a couple of sessions with Jeet Ganguly. Audience and fans too are excited to listen to him soon.