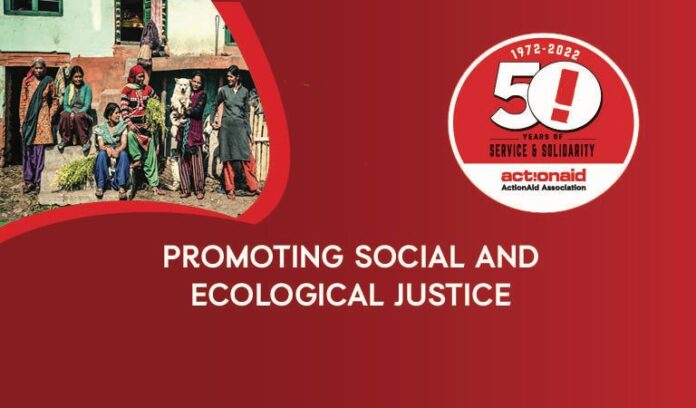 The International Peace Day may have passed with formal celebrations, but the world continues to ignore the importance of peace. The Russian invasion of Ukraine, which is continuing after nearly seven months, is cause for anguish and concern for all peace-loving people across the globe. That the end of the Cold War in late 1991 has not seen an end to conflict seems to give credence to the warning that Dwight Eisenhower, the 24th President of the United States had given about the threat posed by the military-industrial complex.

In fact, a recent publication by the Congressional Research Service lists 243 cases of deployment of US troops between 1992 to 2022. Twenty-seven of these deployments have been termed “humanitarian” but a closer scrutiny of these reveal that only six could be seen as not having any direct connection with military objectives – these include response to a typhoon in Southern Philippines, hurricane in Haiti, floods in Sri Lanka, the COVID-19 crisis in Italy and Hurricane Eta in Central America.

Major conflicts included in this list include the Gulf War of the 1990s, the “war against terror” which led to “global actions against foreign terrorists after the September 11, 2001, attacks on the United States” and the war against Iraq that started in 2003.

Furthermore, the continuation of North Atlantic Treaty Organisation (NATO), and its expanding membership in East Europe is increasing threat perceptions for both Russia and China. Russia’s attack on the Ukraine, which can in no way be justified, needs to be seen in the context of NATO moves to gain allies in the region. It would be disastrous if new hot spots emerge in the region.

The military-industrial complex is consuming precious resources, and wars and conflict are occuring at a time when climate change and its manifold consequences are creating havoc for the most vulnerable communities of the world. Following the COVID-19 pandemic, we have seen gross inequalities widening, with the wealth of a tiny proportion of billionaires multiplying while millions are being pushed back into poverty. Our whole generation will stand condemned if we do not stop war-mongers wherever they are. The Preventive Priorities Survey published on 10 January 2022 by the Council on Foreign Relations lists twenty-seven other such conflict situations across the globe.

Today, more than ever, we need to spread the message that “War condemns both the victor and the vanquished!”

We need a global solidarity movement of people to condemn all who push the world towards conflict and call for effective processes and institutions that will ensure peace and equality amongst the nations of the world. Not only does this include the people who declare wars, but also those who play geopolitical brinkmanship, unmindful of the lives they put at risk.

The United Nations was established to maintain “international peace and security”, “friendly relations among nations”, and “social progress, better living standards and human rights”. However, the role of the UN as a peacekeeper has been hampered by the unequal position of members countries, with five permanent members in the UN Security Council using their veto power to protect their “national interests”. Moreover, the United States has too often side-lined the UN to engage in arbitrary international action, including full-scale invasions on specious grounds. Only a genuinely democratic UN will be able to play the peace-keeping role mandated by its charter.

The end of the cold war saw the emergence of a unipolar world with the dominant US and an expansionist NATO. Challenges to the position of NATO are rising, but we do not need a world riven in the conflict between two or three groupings and the unending litany of their culpabilities. For peace and equality of all people of the Earth we need the coming together of the Global South. We need a revival of the true spirit of Bandung, which saw the rise of the Non-Aligned Movement – once called the world’s largest peace movement standing for peace, progress and solidarity.

More than ever, the 21st century needs all the peace-loving peoples of this Earth coming together and working to advance equality and harmonious co-existence, at peace with each other and mother nature.

Sandeep Chachra, Executive Director, ActionAid Association says, ”The world has too many challenges to deal with for war and conflict to add to the burden of problems crying for solutions. The end to war and conflict can only be achieved if the international processes and structures put in place to create peace and equality are made just and effective. This calls for a greater voice for the people of the Global South and assertions for just and equal world. A democratic United Nations and an effective movement of the Global South inspired by the Spirt of Bandung are the most effective ways to create and maintain world peace.”